Showing posts from August, 2020
Show all

Diabetes and it's cure 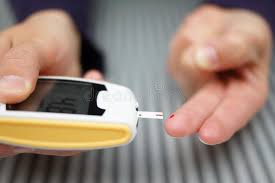 What is Diabetes?     Diabetes or Diabetes Mellitus(DM) is a metabollic illness characterized by an excess amount of blood sugar over a prolonged period of time.It is usually found in adults however in this 21st century there is pre diabetes or early diabetes found in youngster's too.If not cared properly and treated well in the initial stages diabetes can damage majority of our body parts.      Different categories of diabetes are: 1.Type 1 Diabetes:It's a result of pancreas inability to produce insulin due to the loss of beta cells.The reason behind the loss of beta cells isn't discovered yet as per many studies and research. 2.Type 2 Diabetes:In this case body won't produce enough insulin and sugar builds up in blood.If there is only a bit higher level of sugar in blood then it's called pre diabetes. 3.Gestational Diabetes:It's a kind of diabetes in which high blood sugar is found in pregnant women's who will not be having any historic back ground of di
Post a Comment
Read more
More posts