Showing posts from July, 2020
Show all

Thyroid and techniques to heal it without drugs 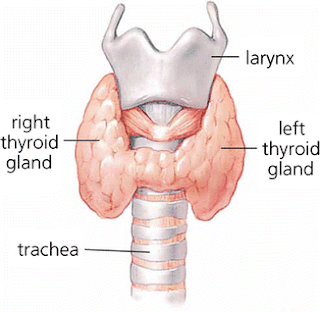 Obsessive- Compulsive Disorder(OCD) and it's treatment 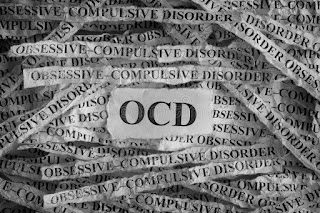 Obsessive-Compulsive Disorder(OCD)      Obsessive-Compulsive Disorder or OCD is a mental illness or condition in which a person will be having a tendancy to repeat a task or something again and again, it can be even sensations or negative thought's too.I'll share some examples to give you a better idea on behaviour of people with OCD: a person who noticing whether doors are closed or not 7-8 times before he/she sleeps though they know that it's closed,a person washing hands 5-6 times after touching a dirty obstacle and checking multiple times whether gas stove is off or not.        OCD can make you tired, it might effect your social life and can even make you severely anxious.A survey reveals that 3% of the entire population suffer's from OCD.It start's from childhood or teenage.Some might be having obsession, some might be having compulsion but the majority of the people with OCD has both obsession and compulsion. Reason for OCD can be many factors like past life t
1 comment
Read more

Oil Pulling and it's health benefits 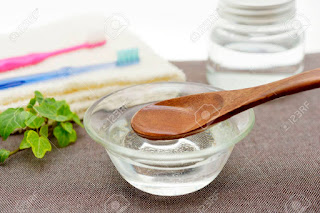 Oil Pulling         Oil pulling is an ayurvedic medical practice done from ancient times in order to heal multiple diseaes, it sounds simple but gives multiple benefits.This process can be done simply by swishing oil  around the entire mouth like we do with  mouth wash.I hope many of us might have noticed one thing that whenever we  consult a  doctor for any illness he/she will be asking us to show our tongue, the reason being tongue is the mirror image of our body.All of our body part's have a connection with our tongue whether it be your lungs,liver or  heart.      I have mentioned in my previous blogs that Ayurveda defines toxins as Ama, which will be deposited  in saturated oil forum across our body parts weakening our immunity.Here plays the role of oil pulling which will be pulling out the ama/saturated toxins from all the body parts which will be spitted out once you are about to finish this process.Let's have a quick look at how to perform this process and it's mult
1 comment
Read more

Abhyanga and it's health benefits 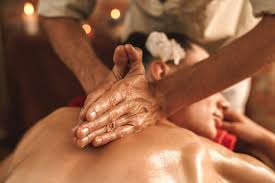 Abhyanga     Abhyanga is a form of Ayurveda massage done with warm oil(not too hot), the best part being it is done from scalp of our head to the soles of our foot.Ayurveda believes and already proved that majority of the health issues can be healed by proper diet,herbs and massage.The oil used for massage can vary from person to person depending upon their body types(Vata,Kapha or Pitta).The base oil used for massage is Seasame oil.    It differ's from many western massages because it's not that deep as them, It is done to nourish the entire body with touch and the rich oil. How to do Abhyanga massage?     Abhyanga massage can be done by ourself or with the help of a massage therapist.While doing abhyanga one is supposed to be in a towel or minimum clothe since oil need to be applied to the majority of our body parts.           The oil with which we will be massaging the body need to be filled inside an empty bottle(which is easily squeezable) and put the bottle in to hot wat
7 comments
Read more
More posts