Showing posts from May, 2020
Show all

Shavasana and it's health benefits 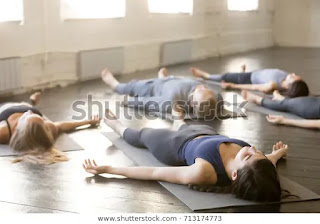 Hello fellow beings! I hope you guys aren't getting bored of the yoga lifestyle's which I am posting to heal anxiety,stress and depression.Today I'm here with a yoga asana which is much easier than the Pranayama and Suryanamaskar at the same time giving almost same benefit and strength to the body.Let's have a look at Shavasana and it's benefits in our day to day life. Things we are gonna discuss here in this blog are: 1.What is Shavasana? 2.How to do Shavasana? 3.What are the health benefits of Shavasana? 1.What is Shavasana?       Shavasana or Savasana means the corpse pose (Shava means corpse and asana means pose).It's a pose in which a person will be lying on back,  legs and arms both spread at 45 degrees, with eyes closed and taking long deep breath's(feel it passing through the air pipe reaching whole body).      While doing shavasana the entire body is relaxed and will be in contact with ground/floor which r
2 comments
Read more

Pranayama and it's health benefits

Hello fellow beings I hope you guys enjoyed reading my last 2 blogs here in this blog I am going to  explain briefly on Pranayama and it's benefits.The main goal of my blog is to introduce healthy lifestyles and yoga asana's which will help you to overcome your anxiety,stress and depression. Things which we are going to learn today are: 1.What is Pranayama? 2.How to do Pranayama? 3.Benefits of doing Pranayama. 1.What is Pranayama? Pranayama is basically an art or practice of breathe control in yoga .We can also say that it's a breathing exercise to free the flow of prana or  the life energy.It is a practice which energizes and heals the body from stress and depression.It's often proven that practicing pranayama will generate a good blood flow in the body.It is the most simple yoga technique with multiple benefits and something which can really make you day better.Based on techniques Pranayama can be again classified in to differ
2 comments
Read more

Surya Namaskar and it's Benefits 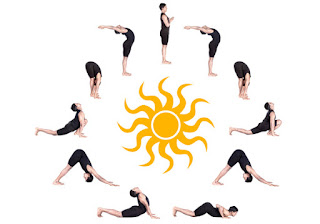 What is Surya Namaskar? Surya Namaskar is a word derived from sanksrit which means Greet/Salute Sun.Surya is the hindu god which is sun .Making a habit of doing suryanamaskar not only heals our physical health, but it also keep our mind calm.It is a practice or yoga which is been found in 9th century and still been practiced and the reason being it's power to heal multiple diseases and boost your immunity .  How to do Surya Namaskar?     Rather than writing steps of how to practice suryanamaskar , I would like to show you guys how to do surya namaskar with the help of a picture.Make sure to do the steps as in clockwise direction, you will be following 12 steps in which last step will be the same one which you started.It should be done in early morning soon after the sunrise, the best time would be 5:30-7:00 am.It won't give much benefits if you would do it in the noon time or eveining.Try to expose yourself maximum to sunlight by wearing light clothes since covered
1 comment
Read more
More posts